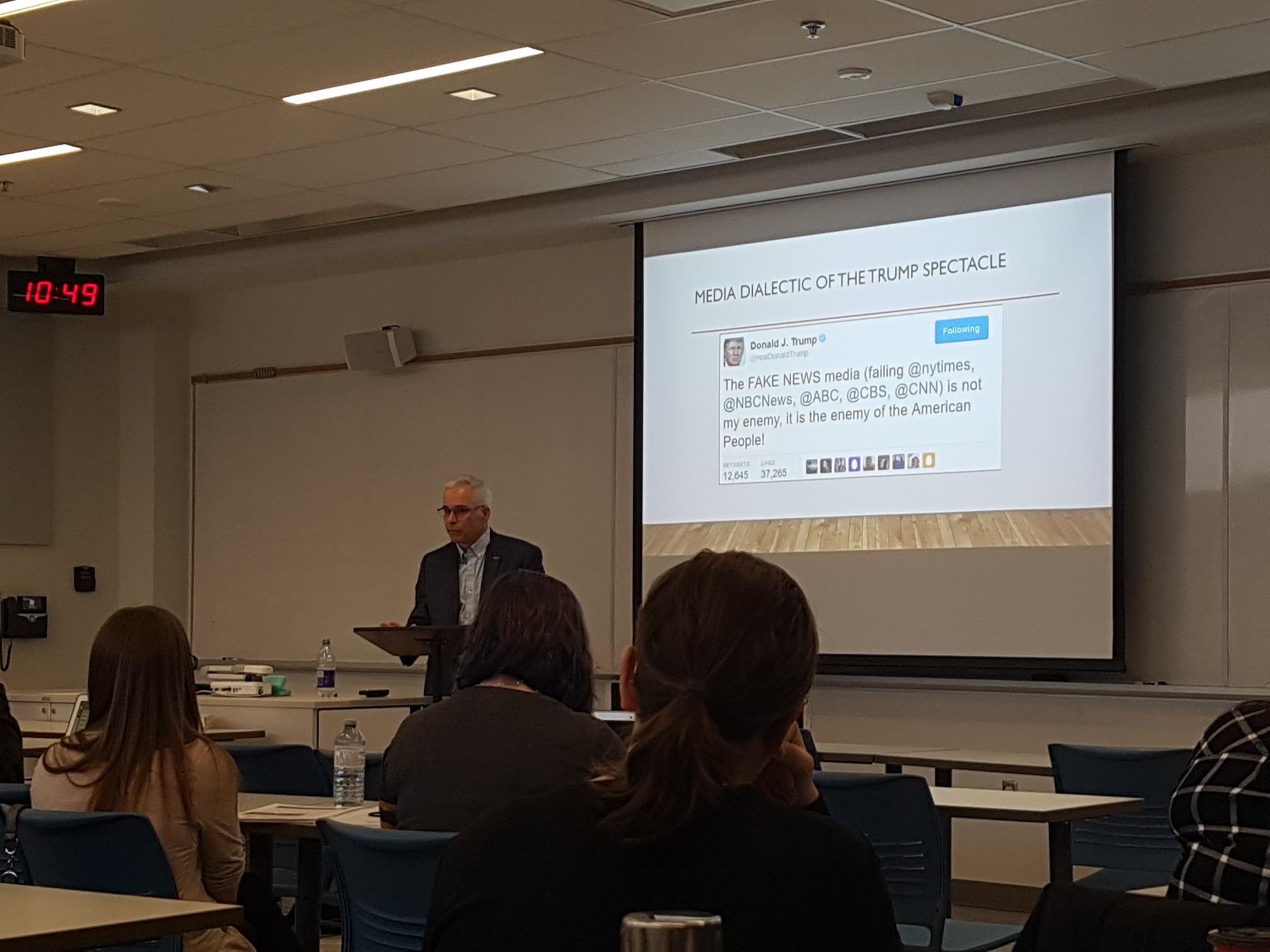 On March 1, 2019, Dr. James Compton, FIMS Faculty, gave a talk, entitled ““From Slump to Trump Media” as part of the “Guest Speaker Series on Misinformation, Disinformation” in FIMS9328 Graduate Course at Western University.

As explained for a previous extended version of the talk for a faculty-wide Brown Bag series, Dr. Compton’s talk “maps a theoretically-informed narrative history from slump media to Trump media. The global financial crisis of 2008 passed from a meltdown of finance capital to a generalized economic recession to an age of austerity. This was the immediate political/economic context in which the right-wing, nativist discourse of Donald Trump gained traction in the public sphere. News media were a crucial, constitutive but contradictory component of this conjuncture. In a provisional attempt to theorize, what I call Trump media, this paper draws on the critical legacy of the Birmingham Centre for Contemporary Cultural Studies (BCCCS), and its analysis of news media as sites of hegemonic struggle and ideological interpellation operating within the determinate constraints of a capitalist political economy.”